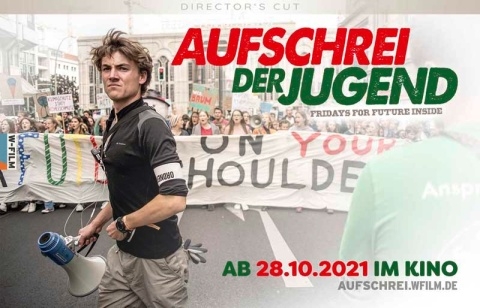 Special promotions for the cinema release of "Youth Outcry"

On 28 October, there will be the cinema premiere at 8pm at Kino International in Berlin with director Kathrin Pitterling and protagonists (including Luisa Neubauer and Clara Mayer) and on Strike Friday, 29 October, the "Day of Outcry", for which all cinemas throughout Germany can book the film at reduced rates. W-film is also supporting the organisation of special screenings in cooperation with environmental groups, followed by a discussion. Contact for interested cinema operators and climate activists: filmbuchung@wfilm, Tel.: 0221.2221980.