In commemoration of the end of the Second World War 75 years ago, the documentary "Germans & Jews" will be released on August 21 as VOD and DVD in stores! A valuable plea for open dialogue between non-Jewish Germans and Jews living in Germany. Film lovers can support the distribution company W-film directly even during the crisis by purchasing the film from W-film on Demand at http://vod.wfilm.de. 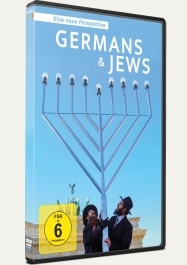 75 years of war, time for a change of perspective! At the centre of "Germans & Jews" is an extraordinary dinner party in Berlin: non-Jewish Germans and Jews living in Germany have a refreshingly open discussion about their highly sensitive relationship to one another. Today, Berlin is home to the fastest growing Jewish population in Europe. This development was absolutely unimaginable in 1945, how could this have happened? Can a Jew ever feel at home in Germany? A lively cultural exchange about the changes in Germany is developing. At the same time uncomfortable and provocative, unexpected and revealing.

The film is a collaboration between non-Jewish German Janina Quint and Jewish American Tal Recanati. Both live in New York. In the Corona Crisis, their documentary film makes us especially painfully aware of how important it is for a humane society that people can sit at the same table and talk to each other. Also with a view to the more recent anti-Semitic tendencies in Germany.