"MY NAME IS VIOLETA": Premiere in Cologne with Special Guests

The summer will be colorful! On June 22nd at 8 pm, the Spanish documentary "My Name is Violeta" about a trans* girl will celebrate its German premiere at the Filmhaus in Cologne! The protagonists Violeta and her mother Franceska, who travelled from Barcelona for the festive occasion, will be part of the film discussion. Afterwards they will go to the Berlin premiere on June 23 at the delphi Lux cinema.

"My Name is Violeta" will then be released in cinemas throughout Germany on June 30. 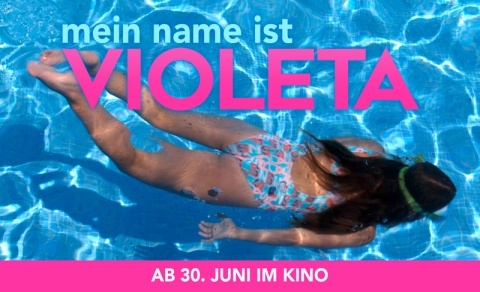 GERMANY PREMIERE "My Name is Violeta"

Guest for the Q&A:

How can parents deal with their child coming out as trans*? The documentary "My Name is Violeta" tells the inspiring story of an 11-year-old girl who was born a boy. Even as a toddler, her parents suspected that Violeta might be trans* because she referred to and dressed as a girl as a matter of course. After the initial astonishment, the couple made the decision: Despite all obstacles, they support Violeta in the free development of her gender identity! Together, the family now faces legal and medical challenges. Violeta's story is never alone in the film - other members of the LGBTQIA+ community, activists, friends and family share their experiences, fears and hopes. They all want one thing: more acceptance, more education and a right to bodily self-determination.